~BEAUTY IN EVERY SIZE~

Dreams Made Real for the full and Fabulous

Are you Big, Bold, Beautiful and Plus Size? ARE YOU A "Precious"?...Want your dreams made real.... please read Adrian's story

Read our stories below, this could be you!

Dreams Make Real for the Full and Fabulous! 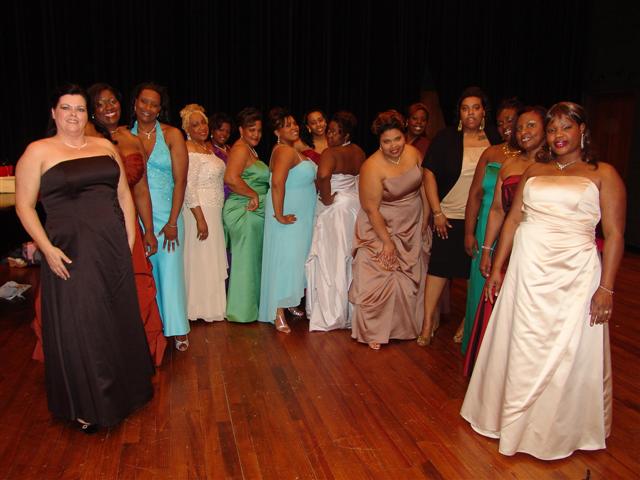 Register now, clik on our registration page, schedule your audition and consultation now! 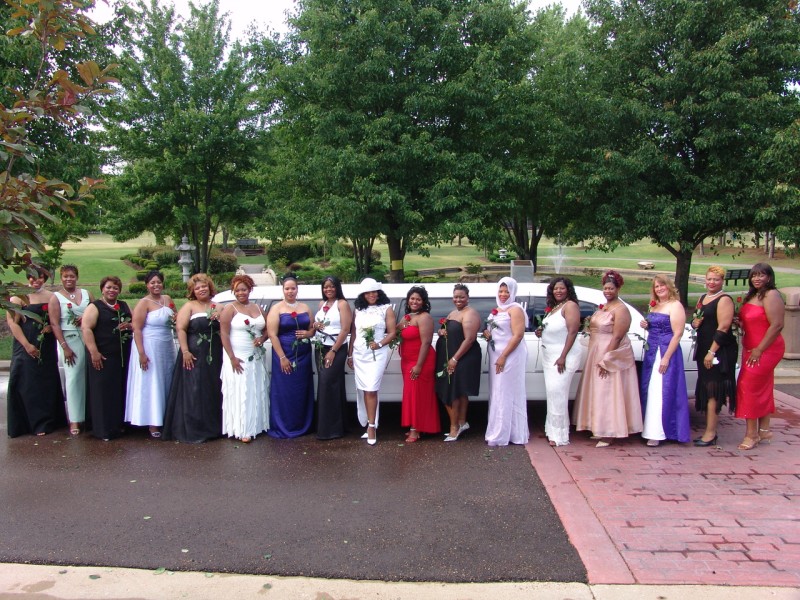 "We Experienced the Dreamland Adventure with AJE Productions"

Elissiant lost 150 lbs.,audition for modeling in Texas with AJE and made the cut, Nancy left her home in Florida to pursue her dreams, moved to Texas and then to Tennessee for classes in poise, etiquettee and professionalism on the catwalk. These ladies, are BIG, BOLD and BEAUTIFUL!

Behind the scene with AJE Dreamland Models...they have been trained to strut! 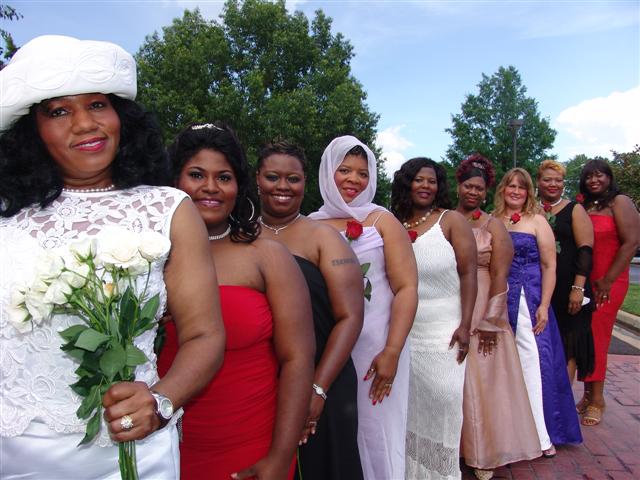 Diane and EJ ( below) are 40+,  Plus Size Ageless Beauties  who have defied age and wanted their dreams made real. 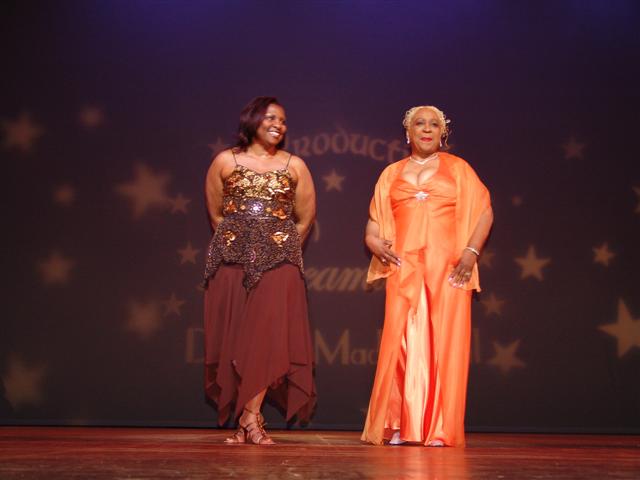 Ardren DeBerry ...Ms. Plus Tennessee..This could you! Got Self Esteem Problems?

Once finding comfort in food, abuse victim now sets sights on feeding soul......My dreams were not shattered.  I made the most out of my life.  My dreams are made real!

A few years ago, having photos taken for a modeling portfolio would have been unthinkable for Ardren DeBerry, 33, who tells of a childhood of verbal and sexual abuse and an adult life beset by depression, low self-esteem and weight gain.

Ardren DeBerry, dressed in towering heels and a neckline down to there, worked her curves with confidence last week as a local photographer snapped her in many poses.

photo by:  Anne Marie Fox/Special to The Commercial Appeal

DeBerry, a statuesque 6-foot-3, is a freelance plus-size model and beauty queen who was shooting outdoors in East Memphis for her portfolio. In 2007, she was named Ms. Tennessee Plus America.

But only a few years ago, modeling and pageants would have been unthinkable for her. DeBerry, 33, of Whitehaven tells of a childhood wounded by verbal and sexual abuse and an adult life beset by depression, low self-esteem and weight gain.

Though not so extreme, some of her experience mirrors that of Precious, an abused, illiterate, 350-pound teenage girl depicted in the just-released film of the same name. While child sexual abuse has been much discussed, less well known is an apparent link between abuse and obesity.

In "Precious: Based on the Novel 'Push' by Sapphire," the independent film directed by Lee Daniels, Precious suffers the calamities of being molested by her mother and her father, who impregnates her twice. While that aspect of the film, which opened here Friday, may seem far-fetched, the depiction of her as seriously obese is not.

A study involving 4,391 women in Kentucky, published last year by the online journal of The Family Violence Prevention Fund, found that sexual abuse, whether experienced as an adult or child, was associated with a 32 percent increase in obesity.

A 19-year study of 84 sexually abused women published in 2007 in Psychiatric News found that 42 percent of the abused group became obese while 28 percent of a never-abused comparison group did so.

Binge eating is gradually gaining acceptance as a true disorder, said Dr. Teri McCann, a psychologist and clinical director of eating disorders at the Transformation Center in Cordova.

"Certainly not every instance is related to trauma," she said. "But lots of times it's a way to feed a hungry heart."

The phrase is a reference to a book she recommends: Geneen Roth's "Feeding the Hungry Heart" (Plume, $10.20), in which eating serves some as a means of feeling both nurtured and numbed.

"You do something that gets you so involved in what you're doing, you don't reflect on the outside world," said McCann.

Like most women observed in the 19-year study, DeBerry's weight problem did not emerge until she was an adult. Eventually, she reached 325 pounds.

"I think a lot of it was due to depression," said DeBerry, who works as a tax adviser as well as a medical clerical assistant and is a single mother of three. "I felt so alone. I never sought help for what had happened to me. In my family, you shut those things down."

She made few friends and was angry all the time, she said: "Food gave me comfort."

DeBerry's mother had her when she was 13. Between the ages of about 2 to 5, DeBerry lived with her parents in Texas and later in Memphis. She described a home life at that time disrupted by drug and alcohol addiction and domestic and sexual abuse.

Around the ages of 4 and 5, DeBerry said she was inappropriately touched and fondled by two relatives outside the immediate family: a man who came into her bedroom at night and a woman who sometimes served as her daytime baby sitter.

"It was traumatic, and I remember it," said DeBerry.

Sometime in her fifth year, her family moved back to Memphis, and she lived a more stable life with her grandmother from age 9 to about 19.

DeBerry's mother, Linda Wilson, now living in Detroit, said in those years she was addicted to drugs and alcohol and her home life was in turmoil.

"I kind of remember having a conversation (about the relative who babysat) but not quite comprehending what she was saying," said Wilson. "A lot of things I put out of my mind and blacked it out back then."

She called her daughter "a good mother and a very good person."

Efforts to reach DeBerry's father were not successful.

DeBerry graduated from Manassas High and made a life for herself. But in 2001, her sister died at age 24. In 2005, after her grandmother died, DeBerry spiraled into depression and didn't return to work for a month. Eventually she realized she had her children to live for. She got professional counseling and returned to work.

Tall and attractive, she began to check out modeling, and in 2006 found Anner Echols, founder of AJE Productions, who produces local fashion shows that include plus-size models. Echols also teaches poise and grooming classes, and DeBerry joined one for plus-sized women.

"She was real quiet at first," said Echols. "Her feelings were easily hurt."

She wore almost no makeup. Yet she found support there and soon became one of Echols' best students. She modeled in fashion shows and in local stores for plus-sized women.

She began regular gym visits and got her weight down to 250 pounds, dropping from size 24 to size 18.

She appeared on Echols' TV show "Dreamland: Where Dreams are Made Real," on Comcast Channel 17, where she spoke about self-esteem problems faced by full-figured women.

"Getting it out, talking about it, helped me feel a little better," she said.

She took the Ms. Tennessee Plus title and later won third place in her age group in the Ms. Plus America pageant in Dallas.

"Some things you never get over," said DeBerry, who still gets counseling. "But that's life. Maybe telling my story will help somebody else."

In the film, Precious finds hope and a chance for self-expression in an alternative school program. DeBerry, who read the novel and was touched by it, has found an outlet on the runway.

She hopes the photos she posed for recently will further her career, perhaps as a model in Los Angeles or New York. Whether that happens or not, her focus is on the future.

Spotlight on Ms. Adrian Deberry, a Full and Fabulous Model Dreams Made Real for Plus Size Models at Dreamland...Creating Beauty in all Sizes

Come out and kick with us at Dreamland Tours..the home of the Plus Size, Bold, and Beautiful Curvy Chicks